DELIVERANCE
The enemy of our soul wants to keep us from our purpose and destiny.
Read your bible and see how demonic influences can be huge barriers.
A person does not have to be limited by that influence.
People have authority to reach the heights of freedom.
Deliverance coaches direct and stand besides those who seek spiritual freedom.
Obtaining spiritual freedom enables an individual to fulfill God's plans and purposes for your life.
Click on button above for more information. 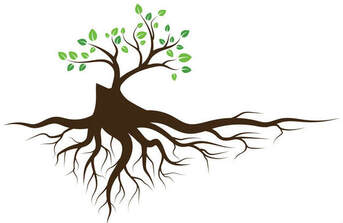 Deliverance is not a "popular subject".  There is opposition to deliverance and persecution from other Christians and non-Christians as well. The demonic forces are also at work to try to stop this kind of ministry.  Deliverance should be a normal part of church life but sadly it has been missing for some time with just a handful of ministers casting out demons in the name of Jesus.

About 30 percent of Jesus' recorded ministry was spent in direct conflict with unclean spirits.  The modern Church, in contrast, has a very low percentage of involvement.  In consequence, thousands of Christians suffer from problems affecting them mentally, financially, physically, personally, domestically and in countless other ways.  Christians who fail in their commitment are frequently accused of "backsliding" when that sometimes is not the problem.  The real problem is that the Church oftentimes never gives them the full benefits of the Cross....specifically, deliverance from demons.

Healing and deliverance go hand in hand.  While it is important to cast out demons, it is just as important, if not MORE important, to minister to the emotional wounds.  Emotional wounds are one of the most common reasons that deliverances can fail or demons seem to keep coming back and regaining inhabitation with the person.  (sometimes, making them worse)  There should be caution letting any deliverance ministry that does what we call, "Shoot-it and Bag-it Deliverance", minister to you or your love ones.  What we mean by this is, shouting the demon out without finding out what the demons' legal rights are and taking it's legal rights away.  Legal rights for a demon can be childhood wounds, generational curses, unrepented willful sin, dissociation, occult entanglement, abuse, addictions, abandonment...just to name a few.
Not everything is a demon and deliverance ministers need to be very careful not to do more harm than good in helping people. SOMETIMES IT IS JUST THE FLESH and the flesh can be VERY ugly.
​This is one of the most vital and important areas that deliverance ministries cannot overlook.
All that said....be very careful which ministry you choose.

Ancestral curses cause an inherited vulnerability to demons.  Have you noticed that cancer and heart disease usually shows up in every generation when it starts in a family?  Doctors know that some sicknesses and diseases pass from one generation to the next.  The same applied to spiritual sickness.

Read Deuteronomy 18:9-14 once more.  When we become involved in the things that God says "do not do", it is loke signing a legal and binding contract with the forces of darkness.

When children are abused, the general nature of the trauma opens them to demonic activity.  The five areas of abuse are physical, verbal, emotional, mental and sexual.  Of the five, more children are demonized by sexual abuse then all the other.

Addictions always go deeper than just addictions.  Some deep, underlying roots of bitterness and rejection usually drive a person to addictions.  What was described in the abuse section, many times, leads to drugs and alcohol.  Mind altered states from drugs and alcohol opens us to demons.

Physical or emotional abandonment opens a child to demons.  A parent who is not there or doesn't care about the child when he or she is there, opens a child to Satan's kingdom.  This brings rejection to an unwanted child.  Rejection can create the most serious wound to the emotions that the child will ever suffer.

It is HIGHLY suggested that after a person goes through deliverance that they engage in
​Post-Deliverance Discipleship Coaching.

​Along with past completed schooling for Inner Healing and Deliverance, (Vision Life Ministries, Elijah House, etc.), Kevin and Sherée were also "personally" trained one-on-one by Pastor Bob Larson himself who is the world's foremost expert on cults, the occult and exorcism and have ministered along side of him when he has come to the Chicago area. They have appeared as guests on the TV program, "The History Channel" and have been filmed by MSNBC for a documentary with Pastor Bob Larson. Kevin and Sherée were Regional Directors over-seeing 5 states for Do What Jesus Did Deliverance Ministry. They have been ministering since 2007.